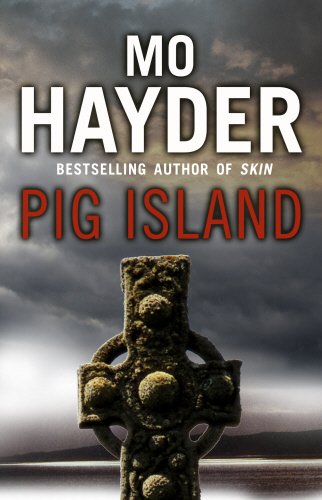 Inhalt
Hayder skillfully melds an atmosphere of fear and a gripping sense of place in this thriller set on a remote Scottish island owned by Psychogenic Healing Ministries, whose followers the locals believe to be Satanists. A humanoid creature with a long tail has been captured on video, and repeated analysis reveals no hint of technological fraud. But world-weary, thirtysomething hoax buster Joe Oakes is on the case. His history with PHM's former leader, Malachi Dove, spans two decades. Oakes blames faith-healer Dove for his aunt's horrendous death and for duping him into believing he had a deadly tumor. He published an expose, and Dove's threatened retaliatory lawsuit fizzled because the healer was presumed dead. Years later, Oakes finally lands an invitation to Pig Island, home of 30 PHM cultists. It's rather a paradise, except for the occasional smell of putrefying flesh. To Oakes' amazement, isolated on the other side of the island behind a row of pig skulls is none other than Malachi Dove.